POST WRITTEN BY: Lisa Dreher
Lisa Dreher is Director of Marketing for Kymeta where she leads marketing for its disruptive satellite product and global mobile services. 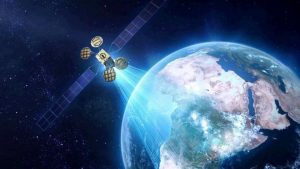 Having been in the technology and communications industries for over 25 years, I’ve seen a lot of changes, but none as earth-shattering as what we are on the verge of now. The 60-year-old satellite industry is currently facing four major shifts that we cannot afford to ignore, as they will have a drastic impact on the way we communicate.

Those of us in the satellite industry are witnessing significant changes that will dramatically change the way the world communicates. First, satellites are getting smaller. This means satellites are less expensive to build and more can be launched on a single rocket. Rocket launches are increasingly cost-effective. The advent of reusable rockets is a cost-saving revolution. Lower launch costs and lower cost satellites are leading to more satellite launches. This means there will be even more communications capacity available via satellite.

The significance of these changes cannot be overemphasized for the communications industry. The last remaining gaps will be filled and addressed. A hybrid approach will bring more people from every corner of the world into the global economy, necessitating a broad view and a mobile-first approach that leverages AR, VR, streaming and on-demand approaches.

With so many people spending most of their time in urban centers in the world, it is easy to forget that a smartphone doesn’t equal connectivity. Despite all the places we are connected, 60% of the earth’s population still doesn’t have access to any form of high-speed internet and 32% of the earth’s population doesn’t have LTE coverage. Plus, 1.6 billion people don’t have access to mobile networks — and this includes people living in industrialized nations.

These dramatic figures demonstrate how making connectivity and the global marketplace available to everyone, everywhere will also dramatically impact how, when and where we communicate with our customers and partners. Now is the time to start imagining and planning for these opportunities and complexities.

The Appetite For Satellite

This 60-year-old industry is experiencing a rebirth due to technological advances that will allow satellite communications to provide broadband internet access where it has never been before.

There are very few industries that experience a rebirth after sixty years. Yet the satellite industry is going to change communications in dramatic ways over the next 12 to 36 months. Soon we won’t even have a second thought about whether connectivity will be available where we are going, and healthcare, education and financial opportunities will extend to anyone who wants to participate. This may just be the most remarkable communications revolution since the printing press.”